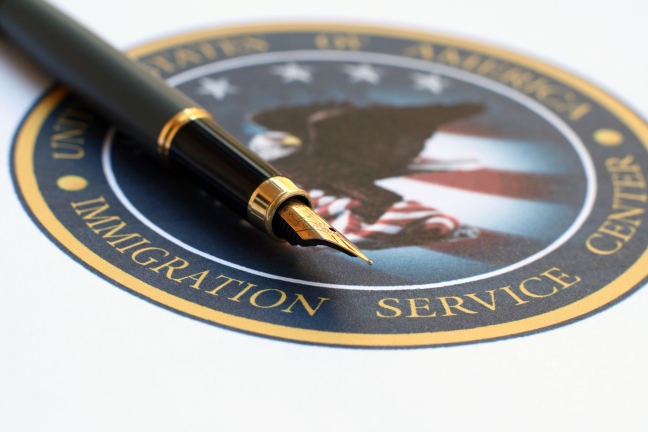 Many who argue against a more open immigration policy begin with Romans 13:1–7 and other similar passages from the New Testament (e.g., 1 Peter 3:13–17). The argument is that these passages teach that God has established the authorities and that citizens and outsiders are to submit to its laws. Unauthorized entry and residence in this country contravene this and, therefore, cannot be tolerated.

This is a very limited view of human government. Theologically, the idea of the government wielding the sword (Romans 13:4; 1 Peter 3:14) harks back to Genesis 9:1–7. In that context, God delegates the authority to control violence in a world where violence and death reign (Genesis chs. 3–9). God’s ideal is to protect and provide for life (chs. 1–2; 9:1, 7). This point adds an important dimension to how the role of the government is to de understood theologically. Government is not to be about the business of solely maintaining order and policing the observance of its laws; it should also envision its calling as promoting human flourishing in its fullness—and provide laws toward those ends. Once more, as explained in the previous blog, the ultimate value within the divine paradigm is the worth and well-being of the human person.

To begin the discussion on immigration in Genesis 1–2 redirects the conversation by focusing on the value of immigrants as created in the image of God, their potential to contribute to society, and the physical needs that can be met within a land of that has many resources and opportunities. From this perspective, immigration policy is envisioned as helping the less fortunate as treasured creatures of God instead of placing it within a framework defined by a defensiveness toward outsiders; it is about welcoming and appreciating the one in need, not primarily about well-guarded boundaries and legislation of exclusion and qualifying those from elsewhere as threats.

Some will say: So, are you saying that anything goes? No, I am not, even though that is the caricature that is often proclaimed by the anti-immigrant media. Yes, the border needs to be organized better, and the nation does need appropriate legislation to handle the complex pragmatic challenges of the presence of many newcomers (health care, education, etc.). Immigrants also will need to act responsibly within a more just and sane system—the fact that they are made in the image of God presumes that they are responsible creatures. Starting the discussion and considering legislation from an “image of God” stance, however, can radically influence the goals of immigration policy, allows for a more civil tone of mutual respect, brings compassion into the equation, and suggests that the country might review its mission (and its history) as one of serving the vulnerable within the limitations of its possibilities.

Issues related to law are many. We will return to it periodically in the future in order to construct a more comprehensive biblical view of government, one that will be more constructive for the national debate.